What is more fun than working with robots?

Working with kids and the robots, of course. My job was to make the sure the rules were being followed, not to make the kids cry.  The scariest thing that happened to me in the morning when I overslept the clock, and came out with my ID, and toothbrush in my mouth. As I got off of the Broad Street Line, I met up with XYZ, former member of RoboLancer, as I dashed down the hill to get to the Event.

As I walked into the GYM, I was automatically reprimanded by Sabrina for being late, and not being aware of the rules. As I grabbed my referee shirt, I listened to the head referee, Jim, explain the rules to the referee. As I was half listening, I quickly analyzed the  arena. I noticed automatically, the arena there was more fun, and interesting object. As my job did not start until at 1:30, I  ran around as an errand boy, and casually officiate some of the practice games. As an errand boy, I learned each teams core value, and hopes were often were very different because one might to be score as much as possible, while the next team over might not want to score as much, but to act as a strong building block for the future to come and overlay on.

As the clock neared 1, I was almost constantly sent about to find this team, or relying messages as to what, and where something is happening. To make it even more comical, I even called somebody to inform them of the situation instead of walking up the stairs. When the clock dawned 1, I knew it was either make or break time because if I was not ready before the practice matches, I knew I sure won’t be ready right now. The first match was a mix of fun and nerves for not only the kids, but me also because I knew if I screwed up a game in this line up, it might mean whether they will be able to go to States or not, and I do not want to be the cause why they could not go to States.  However as the game progressed, I noticed either A) the teams wasn’t there or B) the referee watching over the game was somewhere else. As it was my duty to monitor the games, I picked up many games here and there, but lost some of the games here and there also. As the day dragged on, I began to feel increasingly tired, but I knew it was worth it, and the kids will be appreciative in the future. 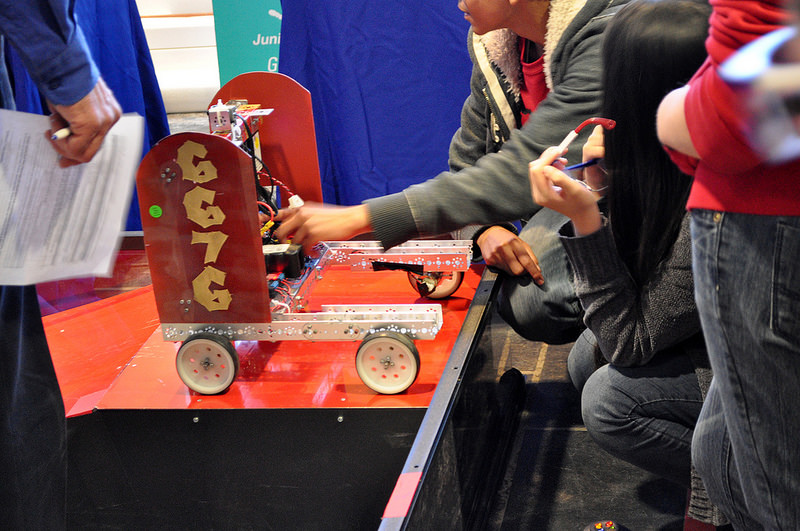