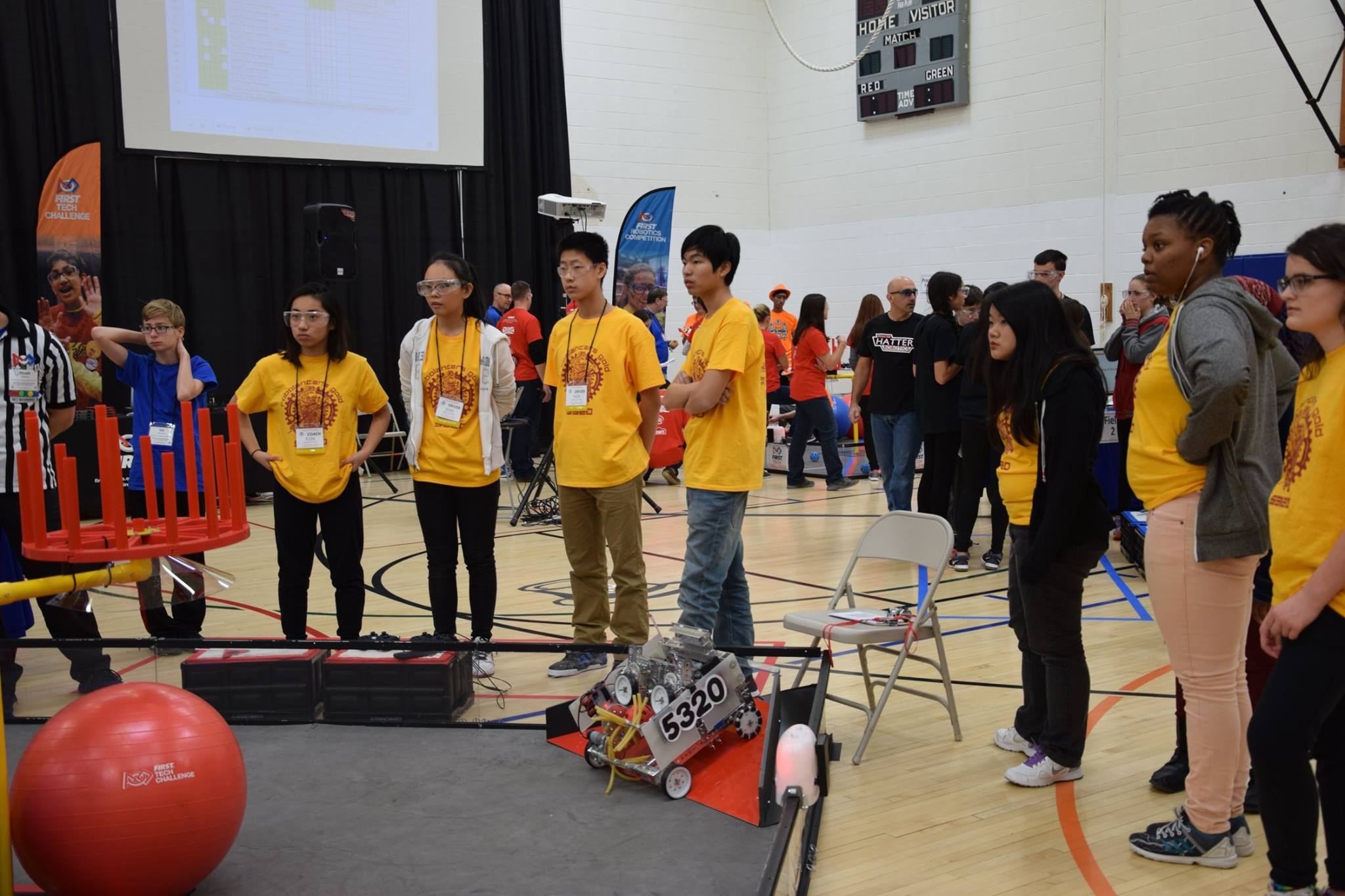 On January 10, 2016, we went to Temple University after school. People who were on the inspection team left 1 period before school ended and took all of the materials + the robot to Temple. The mechanical subgroup added a mechanism to press a lever on the field but it ended up passing the 16x16x16 inch size limit. We tried to drive it but only 1 motor worked. We worked with Jim to figure out what was wrong with it again.

It turned out that the wires weren’t crimped properly so we had to fix the 3 wires connected to the 3 motors that didn’t work. At first, we thought it was a programming error but then we noticed a faulty wire connecting the battery to the motor control turning on and off. It would turn off every time someone touched it so we checked if the other wires had the same problem. After we fixed it, we had the majority of the wheels working but it was about time to leave so we had a last minute scrimmage with our counterpart, Crimson. We scored 5 points while they scored 47. Our phone on the robot ran out of power and died 40 seconds into the scrimmage. Blocks also got stuck under the robot.

We packed up and came back the next day at the same time. This time, we fixed all of the wires and the phones were charged. The robot wasn’t driving properly. It was reversed and we couldn’t turn properly because the motors weren’t programmed to the right ports. To reverse the wheels, we just reversed the wires in the ports so that the – wire went into the + port and vis-versa.

After that, we worked on the program until it was time to leave. Overall, it was a good experience. It taught us to be more prepared and to plan head.

At the Freire Charter School event on Saturday, December 12th, the FTC Gold team settled down and set up our program for the robot. The programmer configured the phones to the robots while our mechanical and electrical subgroups unpacked our supplies. There were technical difficulties because the new laptop we bought was not ready. The programmers didn’t download everything they needed the day before and we had to download everything off of google drive during the event. The code didn’t work and the robot still hadn’t moved after a month. While the team programmer was checking the code, the other members went to robot inspection. We passed 2 out of the 3 inspection expectations, but we needed a moving robot for the 3rd inspection.

A guy named Jim, who was doing the 3rd inspection, helped us download our program and he tried to help us figure out what was wrong with the robot (why it wouldn’t move). Another guy came over and looked at the robot. He said it was the wiring; that the wires/cables were not straight. So we straightened them and the robot finally started moving. By that time, our mechanical subgroup had already started working on the new manipulator. The robot finally moved on the field and then a block got stuck under the robot, which messed up a couple of wires and caused it to stop moving again. The robot would stop moving every now and then. All of that took us around 4 hours. The event ended an hour early. It was stressful overall and all the members were on edge, thinking about the electrical problems and future events. 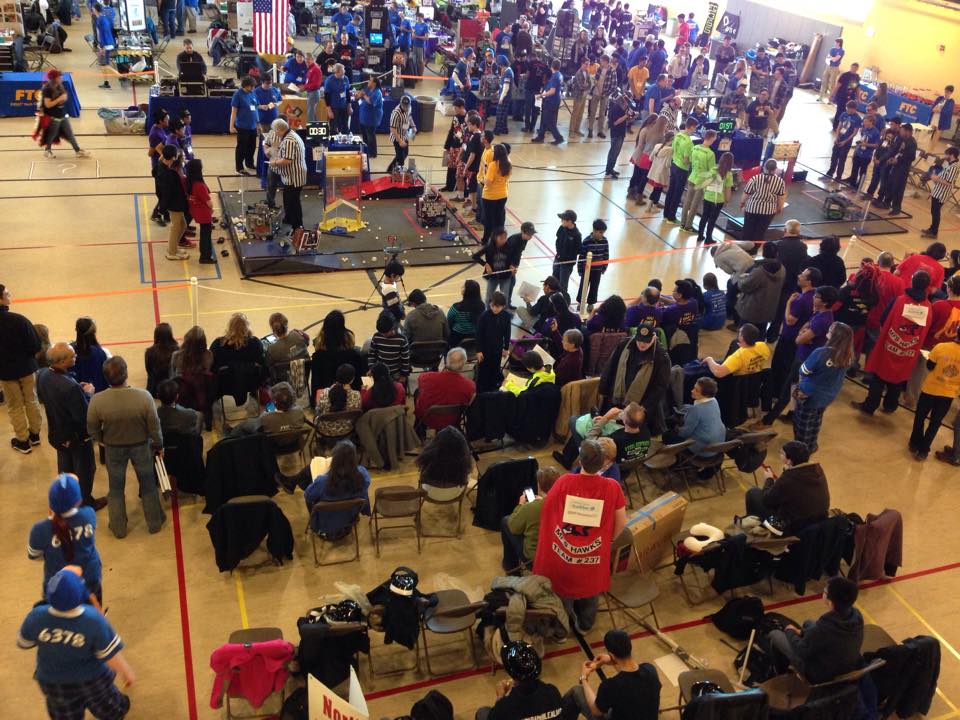