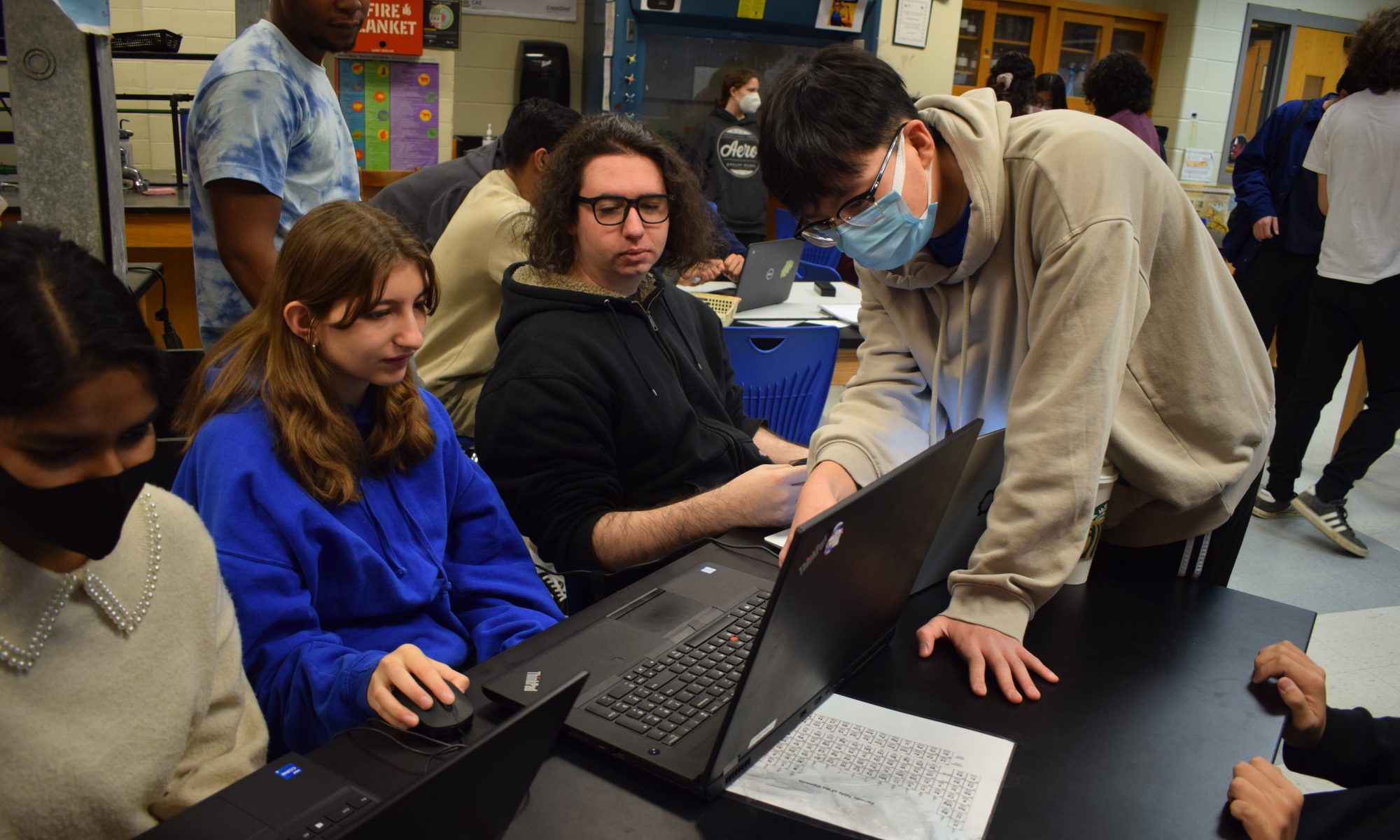 The RoboLancers FTC teams have made changes to their robots and some even have a few victories under their belt. These teams will compete hard in POWERPLAY. There have been many events the teams have attended including, but not limited to, Workshops, Scrimmages, and Qualifiers. Most notably, Crimson placed second during its scrimmage with 17 total FTC teams. This was a great display of Crimson’s robot and its capabilities. Additionally, Crimson’s portfolio was considered by the judges potentially for a Connect Award. Kale’s programmers have finished their autonomous parking with custom sleeved cones and the mechanical side has made great progress with their robot. Gold has a camera on their robot, finished the coding along with it, and have made great progress on their robot’s mechanical aspects. The FRC team is working very hard during build season now that Kickoff has passed. They have their robot’s design done, and are continuing onto the building. The programmers are testing different sensors, making the grabber autonomous even during teleop, and the coding for autonomous is working. FRC is working hard and has made great strides. FRC mechanical is suffering from a supply shortage.

Weekly updates on our progress are available on YouTube! 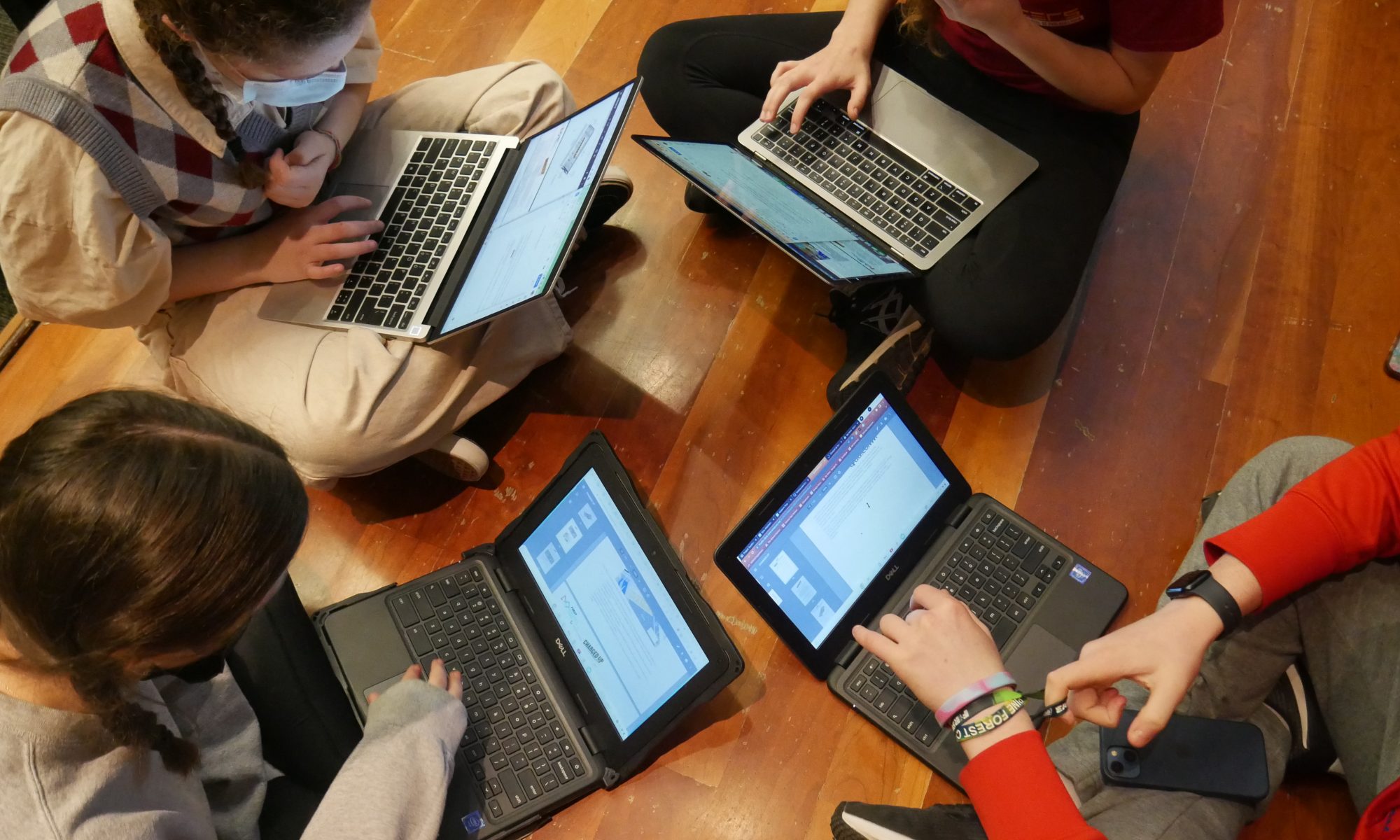 On Saturday, January 7th 2022 came together for FRC kickoff. On the first day of kickoff FRC was waiting with anticipation for the countdown and were watching the Robolancers youtube channel. When the video of the game started people were already focused, analyzing it, and writing notes on their computers. People on twitch could  ask questions and the composers would answer them. When team 321 received the encryption code to read the game manual they were assigned into groups to read specific sections. At lunch the FRC team participated in fun activities including football and soccer, but there was pineapple pizza unfortunately. There was a robot possessing only wheels and no intake that demonstrated how the charge station worked. The team put key information into a google doc, then discussed game strategy and ideas afterwards. The consensus was to go for ranking points which determine your rank on the leader board. For the second day of kickoff the FRC team continued to discuss and plan their game strategy. Subgroups were made to break down the workload for the arm, claw, chassis, etc. The programmers also had subgroups for the limelight, sensors, etc. Overall, the teams worked hard and have planned their game strategy to hopefully win!

On Friday, January 6th 2022 three of the six FTC teams, Crimson, Gold, and Aubergine, came together for a scrimmage. These teams worked together to get to where they are now. Seeing how the teams have changed their robots and worked on their flaws from the workshop last year, shows how they have overcome obstacles as a team to grow and become better. FTC team Gold had a few technological difficulties. According to Gold captain Anne-Louise Bouyer, “We had a lot of challenges. As a team we were doing pretty good from the start. However, when the robot broke towards the end, then, I believe that we lost our shot” (Anne-Louise Bouyer FTC Gold Captain). The main challenge Gold faced was when the brackets connecting the linear slides to the chassis snapped in half, however they have managed to connect everything back together and their robot is functioning better now. Gold placed thirteen out of the seventeen teams that came. Aubergine member Kiva Huxen believes that, “I think Aubergine did pretty well. For the first game we were working as a push bot, and I think the team is working better because overall the communication has improved” (Kiva Huxen Aubergine Member). Aubergine was a push bot at the start because the linear slides and motor were not working, so they needed to take out the bracket and sonic hub. Finally, Crimson placed second out of all seventeen teams and did the best out of three teams. According to Remi Iqbal, “Right before the winning alliance game, Kai tripped on the robot and broke the servos, which made the final game challenging. Crimson became an effective push bot despite these challenges” (Remi Iqbal Crimson Member). Overall, these three teams have grown and changed since the FTC Workshop last year, and are ready to keep doing better! 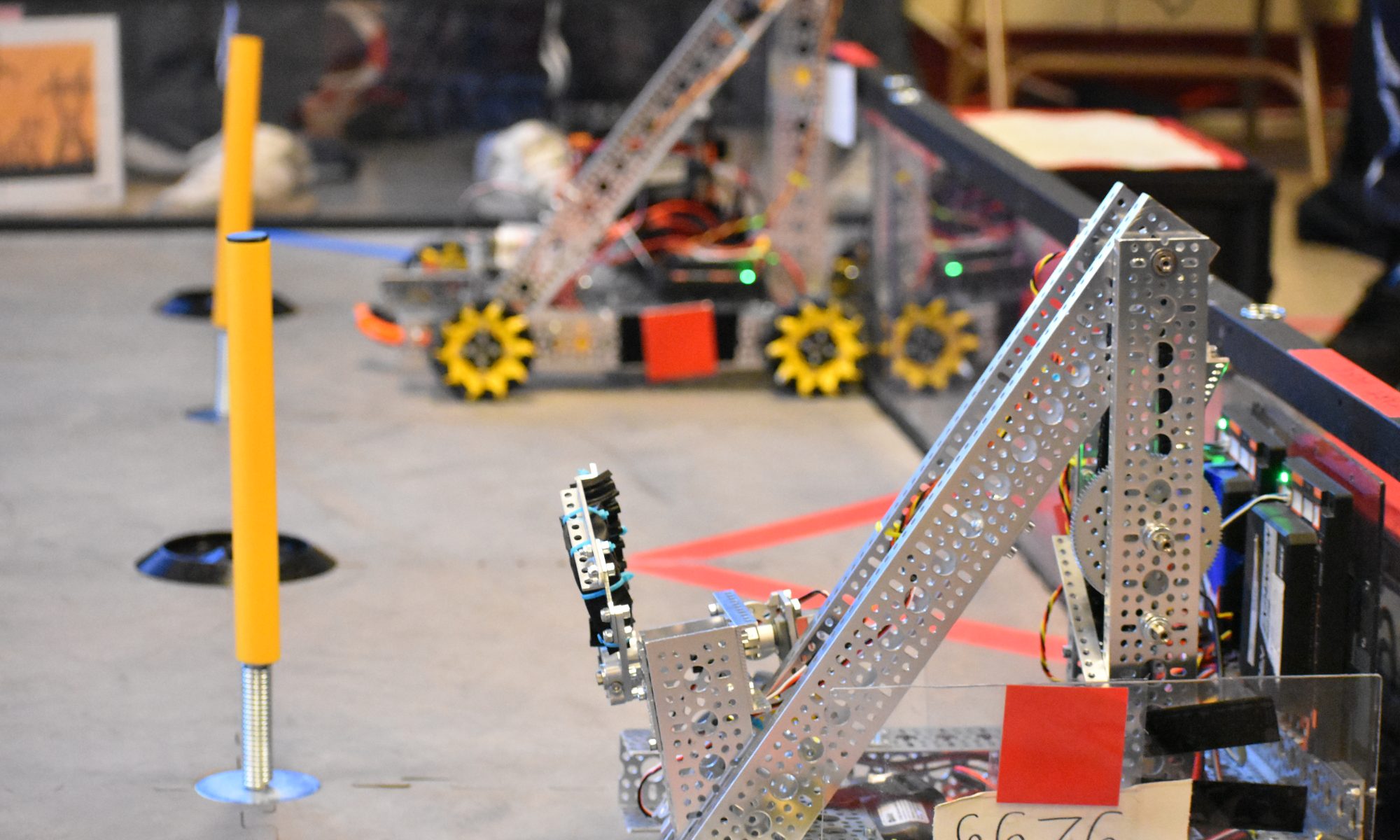 One of the more prevalent issues presented at Drive It was inspection. Some of the teams did not pass inspection the first time around, however, they redeemed themselves by altering their robots and passing inspection. During Drive It most of the teams started by preparing their robot for inspection and giving it some final touches. With Kale, their robot’s claw was sizable and protruding out, so they had to work together to reposition it to still be on the robot, but still within the size requirement of 18 by 18 by 18 inches. For Cobalt, their team did not perform as well as they hoped for. They actually passed inspection the first time through their hard work, however during their practice match they drove well, but their linear slide’s coding was not finished, and the claw could not still grip while it came back. They hope to work on better communication between both mechanical and programming members going forward, though there was not one side to blame as both parties worked hard. In my experience working as a volunteer for Drive It, I believe it to be a very rewarding experience as I can see how the events work behind the scenes, and I can make the event more fun for a lot of the other Robolancers and other robotics teams. 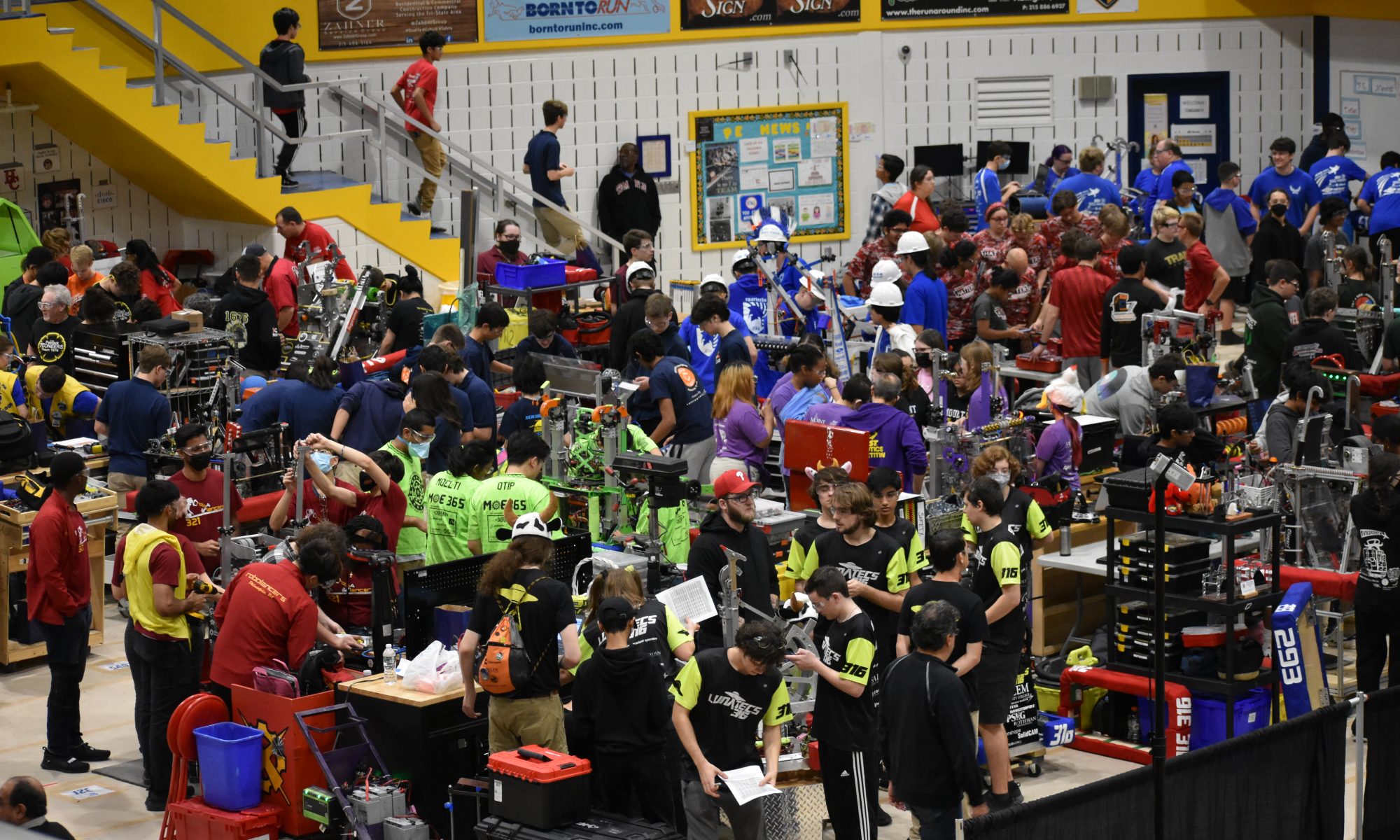 Ramp Riot posed numerous challenges to both our FRC and FTC teams. Although we were not put under the best circumstances, the event was a learning experience and helped the growth of both teams. The FTC team Crimson was uncertain about the penalty rules, but they managed to set themselves apart by being the most effective push bot. Their robot did not have linear slides, so they played mainly defense. The FTC team Aubergine had a port problem and the controller for the robot was messed up, however, they were able to fix it. The other FTC teams also had problems and worked very hard to overcome them. These circumstances were less than ideal, but they proved to be a learning experience that the teams can move past. For the FRC team, there were instances in which one of the robot’s hooks broke, as well as the limelight sensor that turned on in the middle of the match which messed up its shooting trajectory. In addition, one of the controller’s switches was switched on the wrong side, and one of the wires was unplugged. The Robolancers FRC team worked hard during their matches, and in the end, they won the Gardener Award because of the team’s contribution to the community. Even though there were issues in the FRC and FTC teams at Ramp Riot, this is a great opportunity for learning, and in the future, they can exceed the standards they set.