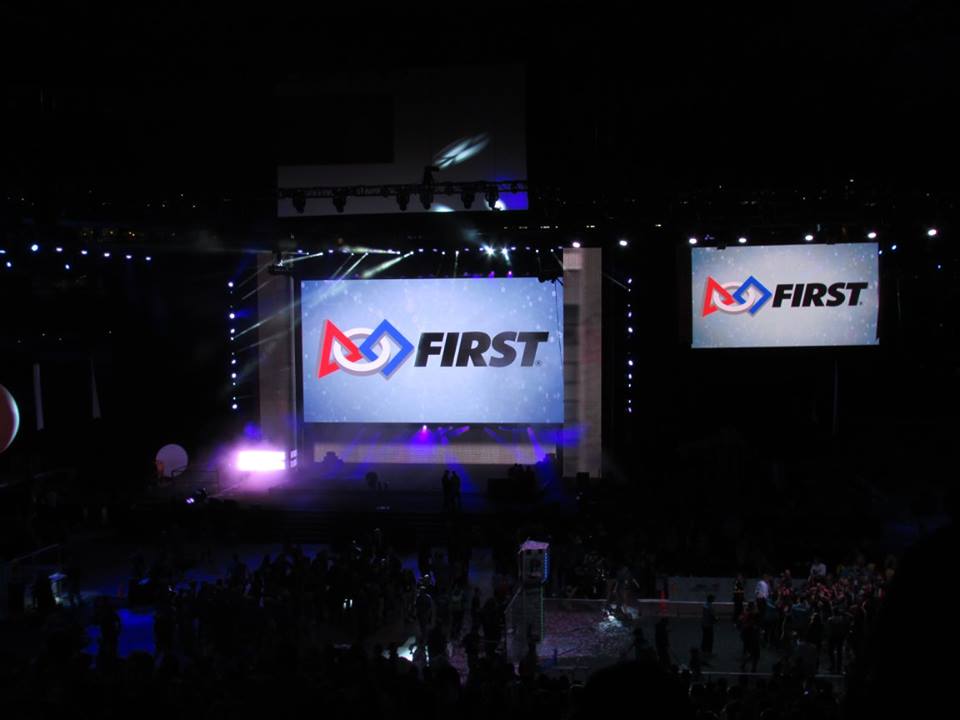 For the second year in a row, the RoboLancers traveled to St. Louis to compete at the FIRST World Championship. We had won the Chairman’s Award, the most prestigious award in FIRST, during MAR. It was a dream come true for us to attend Worlds once again.

Winning brought back many memories from last year. Some of those weren’t pretty (16+ hour long bus ride), but it didn’t tone down our excitement. Even though I was excited to go, I was more excited in showing and explaining to the younger members what the event would be like. I told them how great this competition was, how great the teams are from around the world, and the cool gadgets that companies would bring along to showcase. It was to show them the wonderful event they were going to be part of.

Worlds was just like last year: a big arena filled with nerds from all over the world. The stadium was filled with FIRST stuff such a shop for FIRST gear, cardboard cutouts of Dean Kamen, Woodie Flowers, and Don Bossi; and Team 4525’s giant cardboard robot. Roaming around the arena was fun because there mascots also that walked about. I took so many pictures of them that one of my teammates, Henry Dang, started complaining. Whoops.

Mascots weren’t the only things I took pictures with. While walking, I saw out of the corner of my eye someone familiar. I actually yanked Henry back once I recognized who the person was. It was Woodie Flowers. For the second year in a row, Henry and I got to meet Woodie Flowers and get his autograph. We even got to take a picture with him. 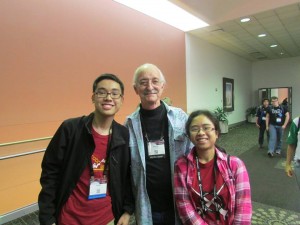 For the matches we were in the Curie Division. We started off with a 124-66 victory in our first match. Then we moved up to 5th place with a score of 121-105 in our second match. Throughout the day we had a mixture of wins and losses. Sadly, we weren’t picked during the alliance selection but we gave shout outs to teams 1089 and 25 for representing FIRST Mid-Atlantic teams on the Curie Division as alliance captains. We ended the event in rank 30 (much better than last year’s rank 54) with a record of 5-5-0.

Other than the competition, the team got to do numerous activities such as attending the Innovation Faire, visiting the Gateway Arch, playing at the hotel’s arcade, and spending the night at Six Flags. Just bonding with friends and doing activities that weren’t robotics was a nice feeling.

Our time for the rest of the school year is running short. Our seniors will be graduating in June, and I can already tell there’s going to be tears during the RoboLancer’s senior send off. (There was so much crying last year). Worlds gave us an opportunity to grow closer as a family.

This was our third time going to Worlds. Whether or not we go next year, we’ll continue to do our best and continue to spread STEM throughout the city of Philadelphia.